Wat Xayaphoum Temple was built in 1542, the same period of Ban Thahir or Nakham. It is the center of the local Buddhist people with arts and architecture dating from the original Savannakhet. This temple is one of the major Buddhist pagoda or temple in the entire Savannakhet.

Located in Kaysone Phomvihanh Town, Wat Xayaphoum Temple was originally constructed in the 16th century, and it is located on the banks of the Mekong River, near the centre of the small city of Savannakhet. The pagoda grounds cover a (small) city block, and contain a plethora of Buddhist buildings. There is something of an air of disrepair, but there is also a measure of re-construction going on. 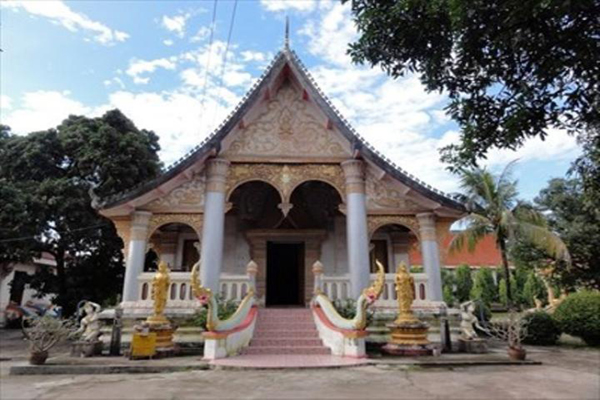 The old city pagoda was built at the same time as Tha Hae village in 1542 BC and has been substantially improved since the beginning of the 20th century. The temple area includes the monks’ living quarters and the monastery. Pi Mai Lao (The Lao New Year Celebration) and Boun Suang Huea (Boat Racing Festival) following Buddhist Lent are held every October annually here.

Wat Xayaphoum was well-known as the school of Sankrit language for Buddhists. Now, it is the destination that every tourist wants to visit on the trip to Savannakhet.